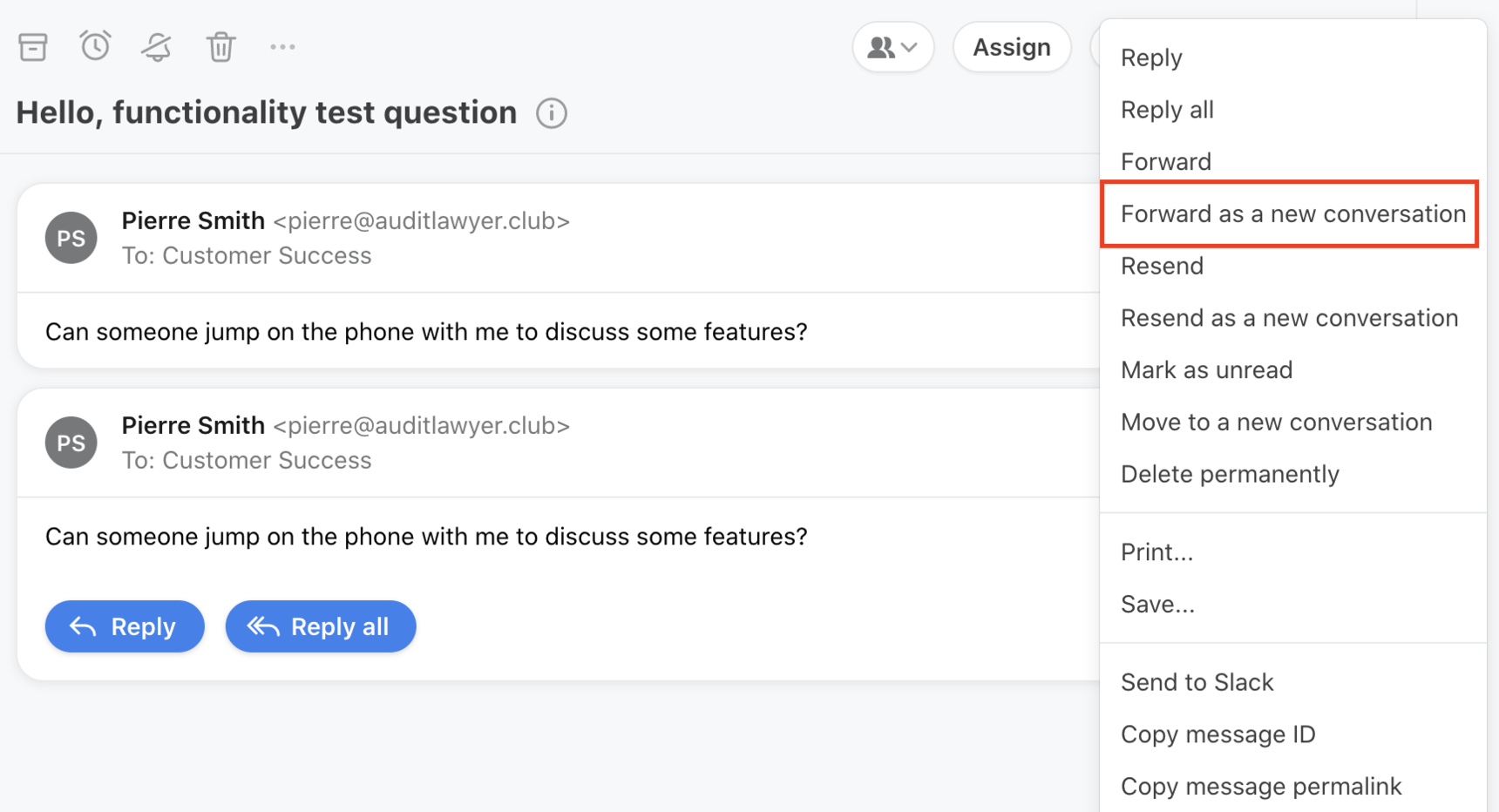 We try to make the metrics we present in the analytics dashboard as straightforward as possible, but they still depend on details that may be helpful for you to know. Here are a few things you should be aware of if you try to understand exactly how we come up with a certain number and the behavior of the dashboard. To learn more about analytics, see here.

Analytics are refreshed every hour or whenever a new query is run. For example:

Analytics are not fixed

Metrics displayed are not fixed, meaning that the analytics can change from one time to another due to the granularity of the segments (duration). So for example, if the inactivity period is set to 5 days and you are watching analytics for the current week, the analytics are going to fluctuate until the selected period is at least past by 5 days.

Other reasons for metrics changing might be adding/removing a tag, unassigning, and archiving. For example, in the Conversations tab, if you tagged a conversation after a selected time frame of the report, the time frame selected will still reflect the tag in the tag table.

The analytics track each teammate who replies in a conversation, regardless of the official assignee of the conversation. If a conversation is assigned to Mary, but Sophia responds because she is unavailable, Sophia will get a reaction and a response time.

If you modify a conversation, it will usually affect the analytics as expected: deleted conversations will not show in analytics; moving or tagging a conversation will affect views filtering on these inboxes. However, there are 2 exceptions:

In this case, analytics from the previous month will not be modified.

Let's say you reply on Tuesday to a customer email received the previous Friday. If you later check the analytics for this week, we will correctly report the response time, even though the original message is outside of your requested time range.

Auto-replies are ignored by the analytics: they do not count as a reply and do not generate a response time.

If you are out-of-office, any replies that customers send in conversations that are assigned to you will automatically be unassigned and return to the original shared inbox they came from. Thus, you will not personally accrue response or reaction times because the conversation is not assigned to you anymore.

However, teammates can still manually assign conversations to you while you're out-of-office, which does accrue response and reaction times.

When you delete/block a teammate their historical data will be preserved, and their data will still be incorporated into team analytics.

Do individual inboxes show up in the default Team report?

Making an individual inbox visible in analytics will allow admins to track the performance of teammates who primarily work and communicate privately out of their own inboxes, rather than a shared team inbox.

Once the inbox has been made visible in team analytics, it will appear as an option in the Inboxes filter when creating a new team analytics report.

If you merge a conversation, the conversation is also merged in analytics. This means that metrics like response times could change following a merge.

Analytics does not include private tags

The Tags filter for Analytics reports offer team tags only, and not private tags. You currently are not able to run reports on your private tags.