How to import your Zendesk history into Front

If you were using Zendesk previously, you can import your history into Front. We will import inboxes, contacts, conversations, messages, comments, attachments, and conversation assignments. We will not import tags and teammates.

Go into your Settings and select Plugins & API. Click on Imports, and choose Zendesk. 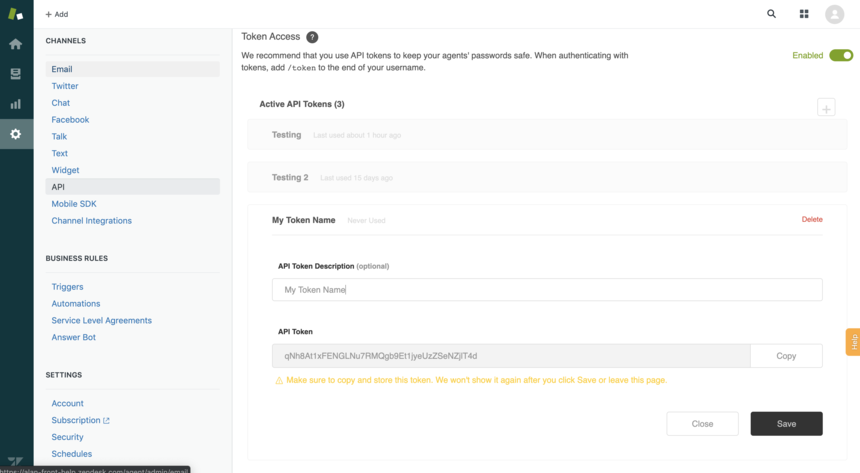 In Front, input your API Key and Zendesk subdomain. For instance, if the full URL is www.frontapphelp.zendesk.com then the subdomain is frontapphelp

You will now configure the specifics of the import into Front (see below for screenshot): 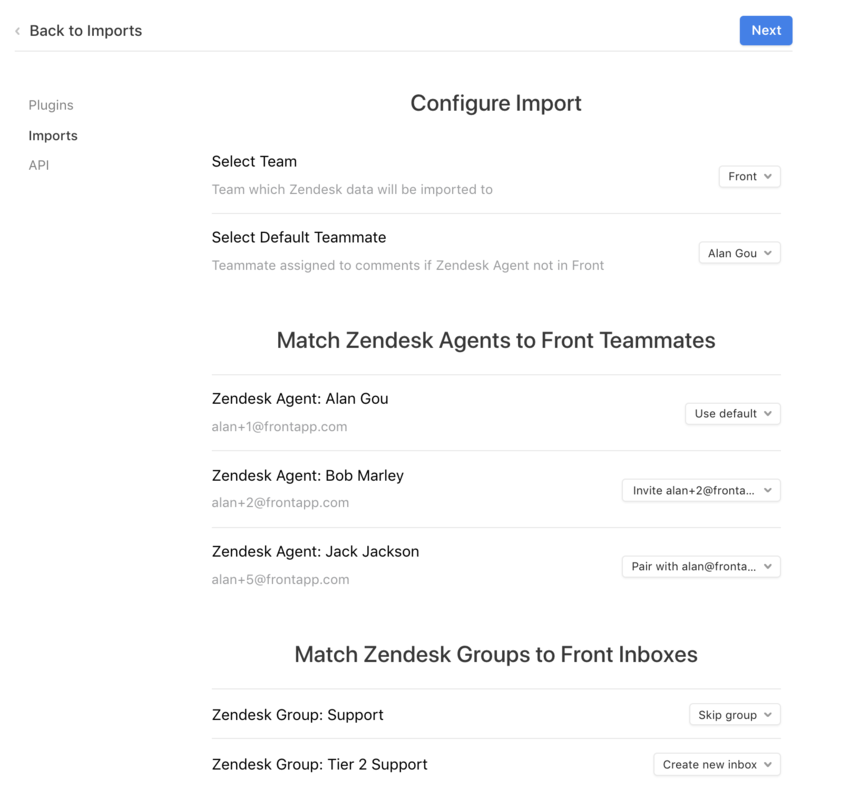 You will see a status page that tells you the status of the import. The different statuses are: