Transitioning to the new version of Front: April 2019

We're thrilled to introduce you to the new version of Front! We've worked hard to make sure the new Front is faster, more intuitive, and better than ever. 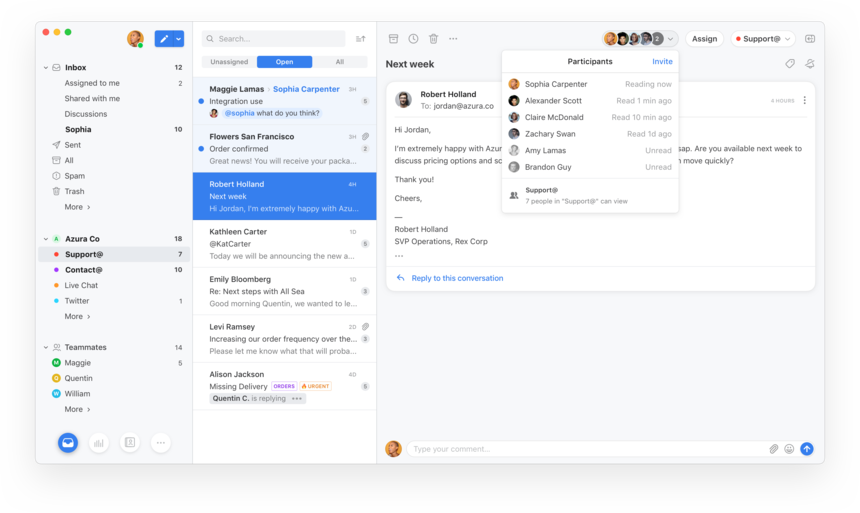 The Front web and desktop apps have been completely rewritten in a new coding framework, to help your actions in Front feel instantaneous ⚡️This new foundation will enable us to build more new features, faster.

If you use the Front desktop app, be sure to quit and restart your app before your transition and update your app when prompted. That way, you're ready to get the latest version when it's released!

See all your conversations in one place

Your Inbox brings together all the conversations you're involved in: assigned to you, @mentions, or private emails if you manage them in Front. Rather than checking your old Following section or Notification Center separately, you'll just check your Inbox. 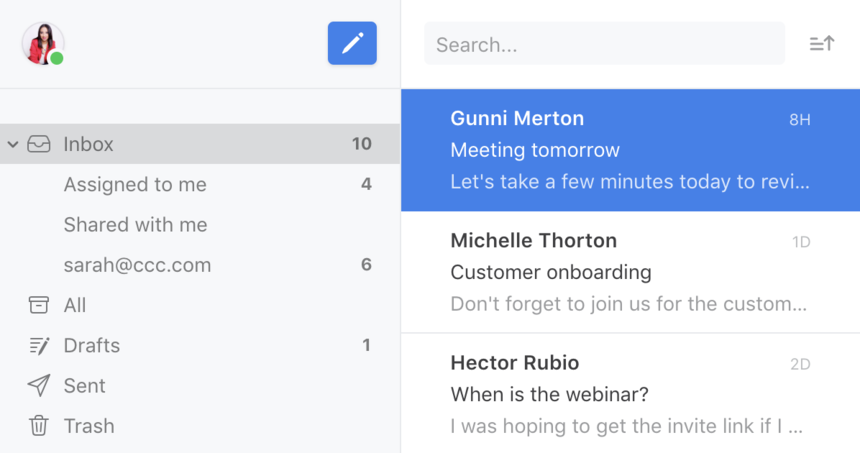 Instead of following, you'll subscribe to conversation updates
When you're subscribed to a conversation, you'll see new replies and comments show up in your Inbox in the Shared with me section.

If you don't need to see the latest conversation activity, click the bell icon to Mute the conversation. Muting silences a conversation until you're @mentioned again, so it stays archived for you even when there's new activity. You can find your muted conversations in your All folder.

Think of subscribing and muting as the new version of "following" and "unfollowing"!

You can archive in your Inbox without impacting your teammates
When you're working on a conversation with multiple participants, you can archive or snooze it just for yourself, and it won't impact your teammates' workflow. The conversation will stay in their inbox until they archive or snooze it themselves, so they can see the latest comment or reply. 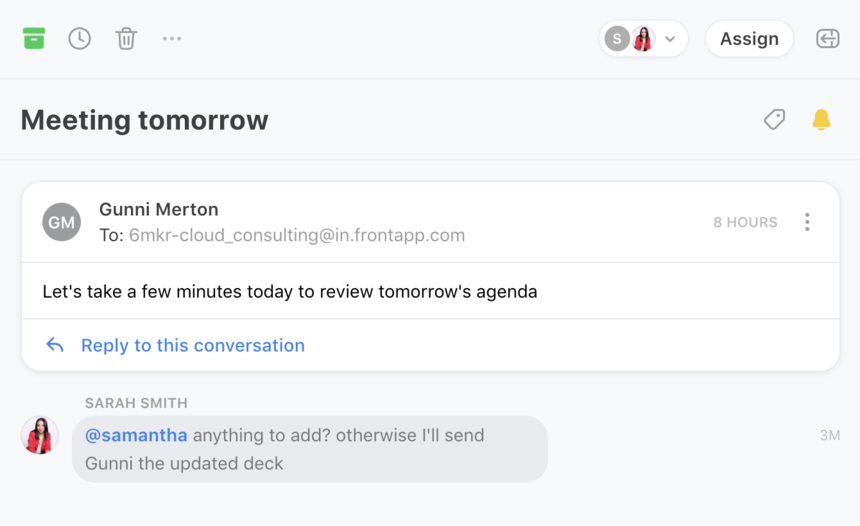 If a teammate has muted, you'll need to @mention them again for the conversation to pop up again in their inbox to see new comments or replies. You can also see when participants have last read the message, you know whether or not they've seen the latest. 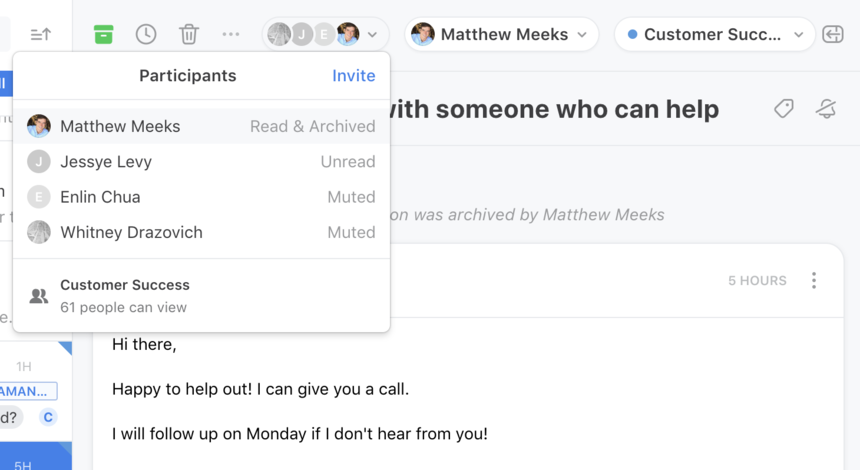 However, maintaining your privacy is critical. When there’s conflicting information in one of the copies, like if you’ve already @mentioned your manager, Front will not automatically merge your conversations when a teammate @mentions you.

Streamline your work with more powerful rules
Rules can now trigger other rules! Now that multiple rules can trigger in a sequence, you can create master "escalation" rules that are triggered by actions done by other rules. You'll also be able to customize your rules further with new AND/OR conditions. 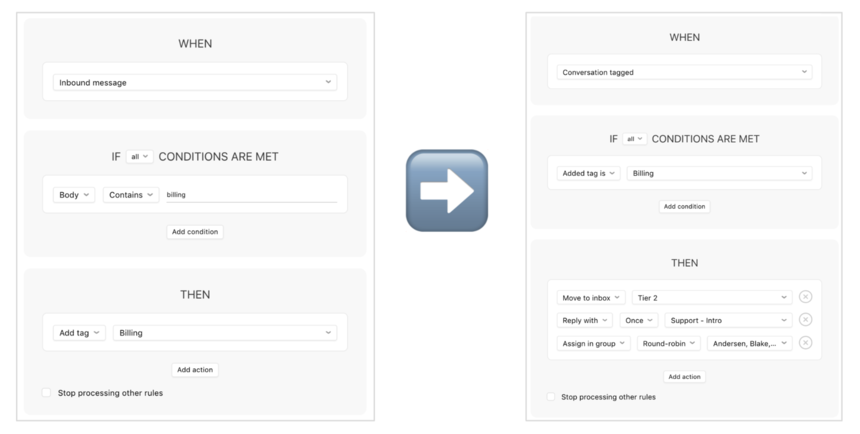 Over the last few months, we have released a slew of new features exclusively in the new version of Front. Explore what's new when your team transitions to the new app!

On your transition date, you can log into app.frontapp.com or your desktop app as usual. When we make the switch for your team on our end, you'll see the new version of Front automatically.

You'll need to be running the most current version of Front to see the changes, but otherwise the transition will happen automatically. If you don't see the new version of Front and you've received an email saying your team has been switched, please try refreshing or restarting your app first and follow the prompts to update. On a Mac, you can also "Check for updates" in your app settings menu.