Reduce duplication of emails in Front

At Front, it's possible to have access to multiple copies of the same email. For example, this can happen when:

One of our goals is to help make you more efficient by reducing the amount of duplicated emails you receive. Without duplication, there’s no confusion of “who’s working on what?”, or “which thread has the most recent information?”

There are a few ways in Front that we reduce duplicated emails – and therefore, duplicated work!

If you @mention a teammate into an email conversation, and then add them as a To or CC recipient, your teammate will not receive a second copy of the email when you send the draft.

Instead, both you and your teammate can continue to work off the one conversation without having to manage separate copies. 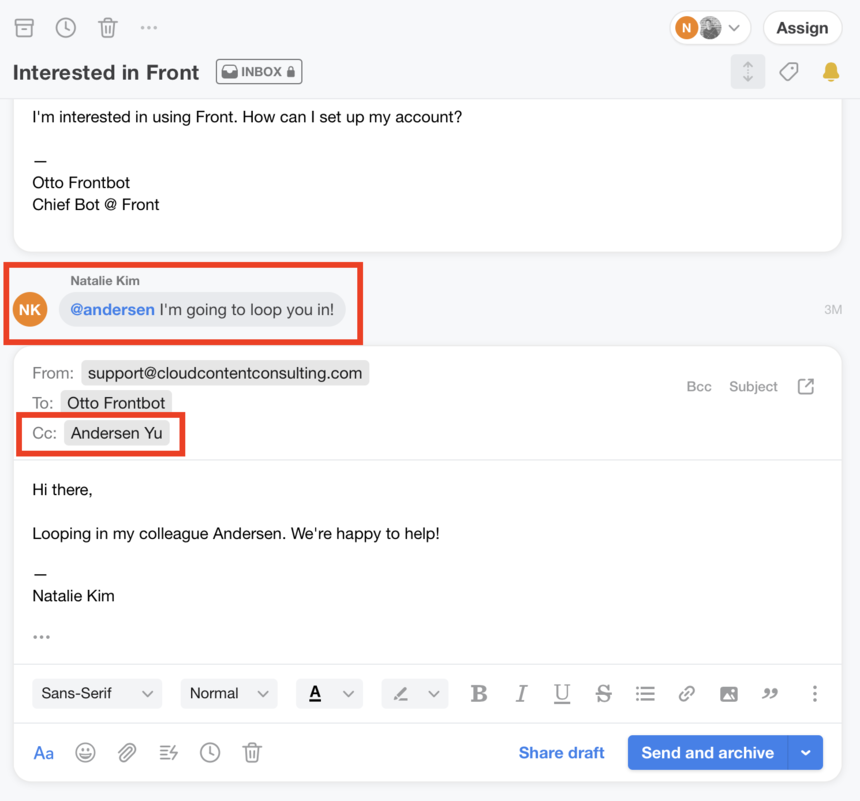 Share a draft with a teammate, then add a teammate as a CC

If you share a draft with your teammate and then add them as a To or CC recipient, your teammate will not receive a second copy of the email when you send the draft.

Instead, both you and your teammate can continue to work off the one conversation without having to manage separate copies. 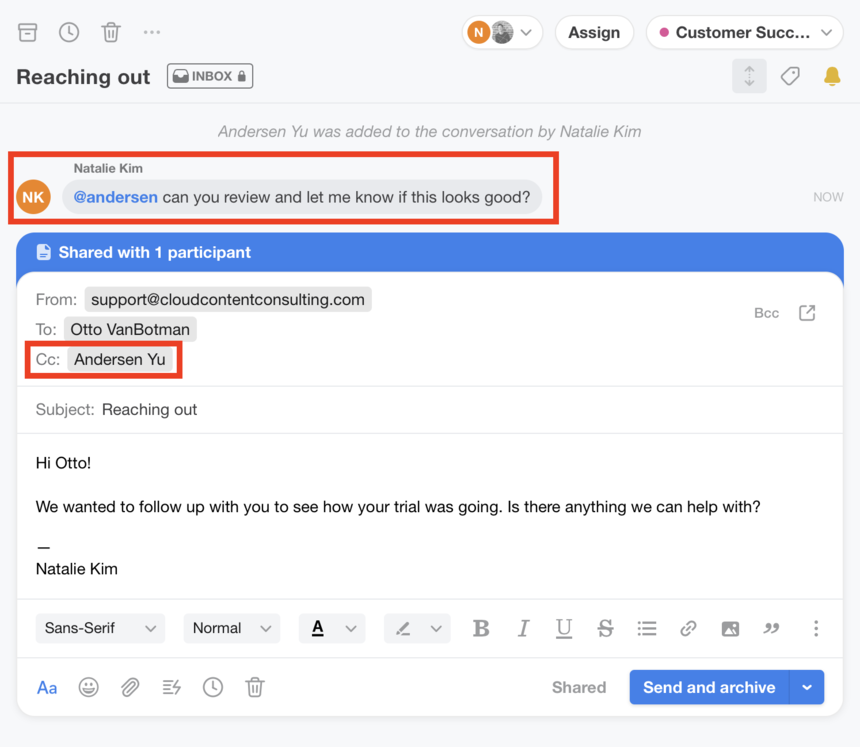 Email sent to an individual and team inbox

If an email is sent to both a teammate’s individual inbox and a team inbox, then there will be 1 copy of the email that is shared between the individual and team inbox. This means that:

If the teammate archives the email in their own individual inbox, this will not archive the conversation in the team inbox (unless the teammate is the Assignee).

In order to preserve access rights and privacy, we will not de-duplicate the emails sent to the teammate’s individual inbox and a team inbox if:

Why do I still have cases where I have multiple copies of the same email?

Front will intelligently determine when you have duplicates of the same email and ask if you want to merge them into one copy. The two cases where this will happen are:

When these cases occur, Front will show you a banner at the bottom of all relevant copies of the conversation you have access to, and you will be able to click Merge all to directly merge these copies, or click View to see what these copies are. Once duplicates are merged, all participants from all copies will be on this one copy.

*Splitting an inbox is an action that you must contact our support team to complete. It creates an independent copy of an email in a team inbox so that actions such as replying, commenting, assigning, archiving are not synced to any other team or private copies in Front. If you have never reached out to Front to do this for you, then this does not apply to you.